Hey, guys. I’m Bushu. I’ll be a guest writer on this … erm… amazing blog? As Ruki very vaguely explained, we’re kind of doing a “challenge”, more like a project that’s supposed to motivate her to write more, or a project for me to commandeer this NERD BLOG and turn it into an awesome hang-out for…. erm… supermodels and ugh… famous people in general. Except for Mark Wahlberg. Fuck that guy.

I’ll be reviewing silly children’s cartoons and she’ll be posting reviews on cool stuff like games with violence and movies that change your life in a deep way, like the Expendables. Yeah… The Expendables. Cool.

Without further due, here’s my first review: 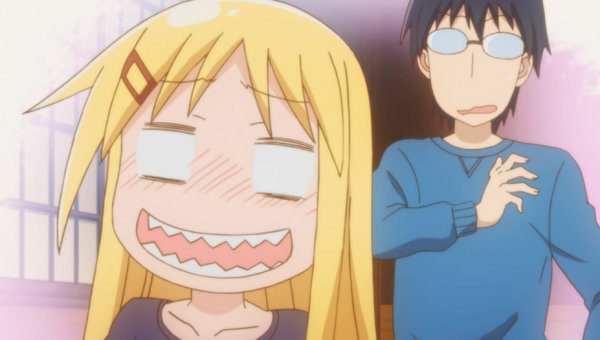 I can’t understand what my husband is saying

Buckle up, cowboys, cause this has been a wild series to watch.

What’s nice about it:

What’s not nice about it:

I’ll be honest, it was nicer than I expected. While it’s very short, it pretty much summed up how people feel about relationships, about their insecurities and how easy it is to get over them if you just communicate with the person next to you. I found it very interesting how it sent a strong, clear and sometimes deep message, such as the fact that you never really know how to act towards your significant other, no matter how much you have or don’t have in common with that person, how easy it can be for others to confuse you and make you doubt you and your partner’s future and how things fall into place once you choose to be honest and give voice to your concerns in a sincere and intimate way.

If you manage to make time and watch it (which isn’t that hard, really, both seasons last for like, an hour), I think you’ll be confronted with problems that you either faced or will face.

Or maybe ditch it and go watch Snatch. Snatch was a cool movie.

This entry was posted in Cultural Exchange and tagged Anime, blogging, cute, funny, i can't understand what my husband is saying, I live with a nerd, short. Bookmark the permalink.

3 Responses to Cultural Exchange Part I